Just last week I finished up my final comp exam, so I am now an official Entomologist with my Masters :-)! I am really excited and look forward to the road ahead of me.

We have a lot of IPM projects coming down the pipeline, including working with the Asthma Initiative at one of our local health systems to teach about pests and IPM; coordinating with the IPM Institute to conduct a special IPM certification with our coalition; starting an IPM newsletter; and updating a variety of resources. IPM is going strong in Nebraska!

With all of these new and exciting things, however, it has become rather busy around here, and therefore, I have decided to discontinue this blog. I know, I know...you are shocked and I hate to disappoint my numerous Nebraska IPM fans! :-) But I have found that our Facebook and Twitter pages seem to be more effective in reporting our IPM activities (and do it in less words!), and we will continue to do that. So if you haven't already done so, please follow us; Pierce does a great job of posting timely and relevant information about both our PSEP program and IPM.

I look forward to working with and seeing many of you at future PSEP and IPM meetings, the Nebraska IPM coalition, and other events. Thanks again for following me and for the great comments :-) 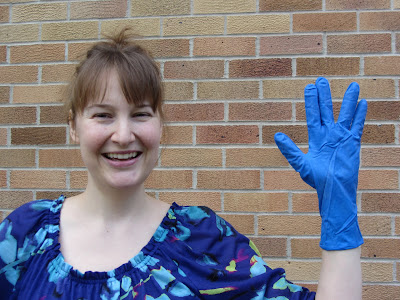 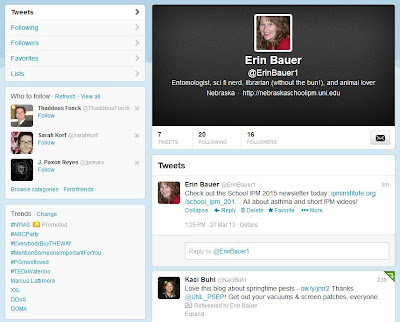 I'm trying my hand at Twitter! I hope to provide little IPM updates fairly regularly. So if you are following my blog, please also follow my Twitter at https://twitter.com/ErinBauer1 and spread the word to others interested in IPM!
Posted by Unknown at 3:28 PM 6 comments:

Spring has sprung...sort of. I hear that we may be hit with another winter blast this weekend, but at least Thursday is technically the first day of Spring and mentally that means we can think warmer weather, birds singing, and trees blooming.

For insects, the "false" spring temperatures and/or sunny days we've had before the next cold front hits has fooled them into coming out of their overwintering sites, often into structures. I've seen many a boxelder bug or multicolored Asian lady beetle lately on it's back dying near a door or windowsill when it discovers that spring really isn't here yet (or it had some help from a hand or shoe).

So how can you get rid of these early, unwanted pests when they wander into your home or school or office? In most cases, a good old vacuum cleaner will do the trick, and of course sealing up any cracks and crevices and tightly sealing window screens around the building. Also, putting out sticky traps to catch any errant travelers can also be effective.

Here are a few of the potential late winter/early spring offenders:

Ants: It seems the Extension offices get a lot of reports of ants, especially in the spring and summer. I had an attack of odorous house ants myself once during spring, living in the walls in my bathroom and chowing down on my cat's food. There are species that live both inside and wander in, or ones that actually nest within the walls, cracks, or crevices of the home and are attracted to crumbs, sweet liquids, and pet foods that are easily accessible. Vacuums work well here, too, as do baits and good old fashioned sanitation. 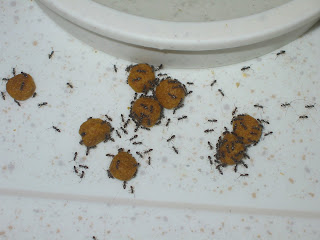 Boxelder Bugs: These guys are notorious for coming out on warm winter or early spring days. Cracks and crevices should be sealed in the fall before it gets cold so they have no place to overwinter. When they get in the house, again, vacuums work wonders. 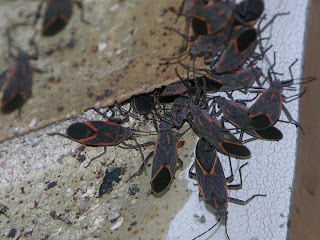 Flies: Nuisance flies, especially cluster flies (look like larger, slower house flies) and face flies, can get into buildings during the winter/early spring. A good old fashioned fly swatter can help, as well as sealing any holes, cracks and crevices around the structure. 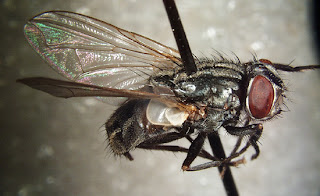 Multicolored Asian Ladybird Beetles: If not targeted in the fall, they can overwinter in cracks near the home and may enter in the early spring. I saw one on my windowsill just yesterday! 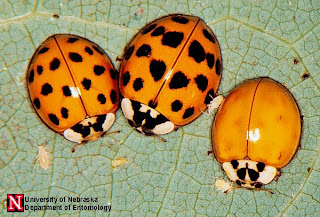 And last but not least, I should mention a visitor that I personally found once during winter. I was at my parent's house over Christmas and my mom had seen a bug crawling on the floor and put a cup over it, wanting me to take a look. When I did, I was shocked to see a paper wasp queen! She apparently had overwintered near the house and decided she wanted to roast chestnuts by the open fire with us. It was a wonder someone didn't step on her...a wasp sting, in the middle of winter, would certainly have been novel. My pest control strategy was simply to put her outside in the snow. I admit I felt kind of bad about it, but better than her starting a new nest of paper wasps near the house that summer! 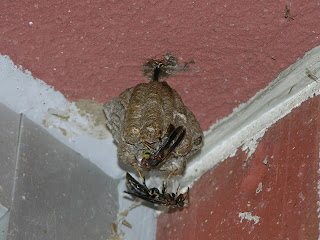 So now it's your turn...what spring pests have you seen so far this year? Let us know in a comment below!
Posted by Unknown at 5:11 PM 10 comments: 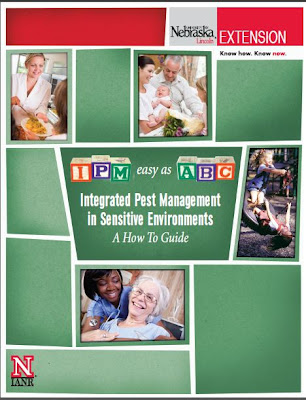 Revised and hot off the presses, check out our new Integrated Pest Management in Sensitive Environments: a How-To Guide! This manual is an update of our IPM in Schools: a How-To Guide, and we have edited and integrated information to fit not only schools, but other sensitive environments such as hospitals, nursing homes, child care centers, etc. It also has a new chapter on bed bugs, which of course has been a highly-talked about topic over the last few years.

The manual includes chapters about IPM, including monitoring and inspection, treatment strategies, action and injury levels, and how to develop an IPM program. It also has chapters on specific pests that cause problems in structures or on lawns and grounds, such as cockroaches, flies, lice, rodents, and stinging insects.

We hope you will take a look, and let us know what you think of our new manual! 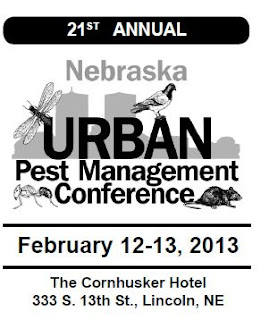 It's that time of year again! The Nebraska Urban Pest Management Conference is right around the corner, Feb 12-13! Learn all about insect and rodent pests and control strategies, including IPM, for public health, structural, and fumigation categories from well known specialists, educators, and researchers in the pest management field. We hope to see you there!
Posted by Unknown at 4:47 PM 2 comments:

Do's and Don'ts for IPM Success

Check out this article about the Top 10 Do's and Don'ts for IPM Success!

What do you feel is the most important point on this list? Are there things that are missing that should be covered? We want to hear from you!
Posted by Unknown at 9:11 AM 1 comment:

Happy New Year everyone! I have a feeling this is going to be a fun and productive year with lots of IPM projects on the horizon. In addition to our IPM coalition meetings, our newly revised IPM in Sensitive Environments manual will be coming out in print and PDF, and we have opportunities for some exciting IPM projects coming down the pike with groups we haven't worked with before. More on these as they develop.

Subscribe to IPM in Schools: The Nebraska Experience by Email